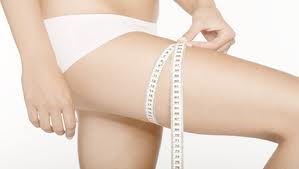 Calories - This word has been used and abused for decades yet many people still do not know what it really means. There is more to calories than just being a word that is linked to weight loss.
Understanding Calories
A calorie is a unit of measurement used to quantify energy obtained from food. When there is an excess of calories, they are not burned but are stored by the body as fat. It is common to hear that there are different types of calories. However, what this notion really means is that there are different forms in which calories may be obtained.
The main types of calories include: carbohydrates, fats and proteins. All of them burn up when used in the body and turn into heat energy or calories.
Each kind varies in terms of chemical and physical properties. They can be found in various kinds of food, whether solely or in combination. Here are the essential things that you need to know about each calorie type.
Getting To Know The Feared Carbohydrates
Carbohydrates are probably the most common type of calorie. They contain 3.75 kilocalories/gram and are found in foods that are mainly rich in starch and sugar. Most of them can be taken from plant-based foods like vegetables, fruits, and grains. Legumes, such as lentils, beans, and peas, are also rich in carbs. On the other hand, dairy products would be the only foods that come from animals which have a lot of carb content.
Generally, carbohydrates can still be classified into two subdivisions: simple and complex.
Simple carbs are basically sugars, such as glucose and fructose, which come from fruits and a few vegetables. Another type would be lactose, which comes from milk. Last would be sucrose, which comes from cane sugar.
Sugar that is for everyday use is pure sucrose. Many of the simple carbs that you eat are sugars mixed with processed foods such as cookies, sodas. Presently, these add-ons are the major reason why sugar accounts for 16% of total calories that are consumed by Americans.
The complex types are chains of simple carbs, which primarily consist of starches along with fiber, which can be found in all foods that come from plants. However, plants store carbohydrates in the form of starch. Foods that have high complex carbs would include grains and products like bread and pasta. Additionally, potatoes, beans, corn, and other vegetables are also high in complex carbs.
Over Shadowed Proteins
Since carbohydrates seem to be the most popular type of calorie, proteins on the other hand seem to be the most over shadowed in comparison with the fame of fats and carbs. However, it is also an important kind of calorie that you need to develop body muscle.
Proteins have 4 kilocalories/gram. The majority of this kind of calorie could not be naturally produced by the human body and must originate from dietary sources. The main sources of protein include: eggs, nuts, meats, legumes, grains, dairy products (milk and cheese).
According to recent studies, men between the ages of 19 to 70 should consume 56g of protein everyday in order to avoid deficiency. On the other hand, women within the same age range should get at least 46g/day. People who aim for building up their muscles usually have a lot of protein in their diet.
Unwanted Fats
Fats, as the name suggests, would probably be the most unwanted kind of calorie by many. However, it still plays an important role in the normal function of the body. For instance, the body cannot absorb Vitamins A, E, D and K if not for it. Also, they’re an important source of fatty acids. They play an important role in the maintenance of healthy hair and skin. Protection is another function, since they protect various organs from shock. They are also insulators.  This is very important for people that live in colder climates.
Fats can be obtained both from animals and plants. Some animal fats include lard, butter and fish oil; while plant fats include soya beans, peanuts, sunflower seeds, olives, coconuts, sesames, and vegetable oils.
AllAboutHealthWellness Recommends: Negative Calories Diet
Click Here!